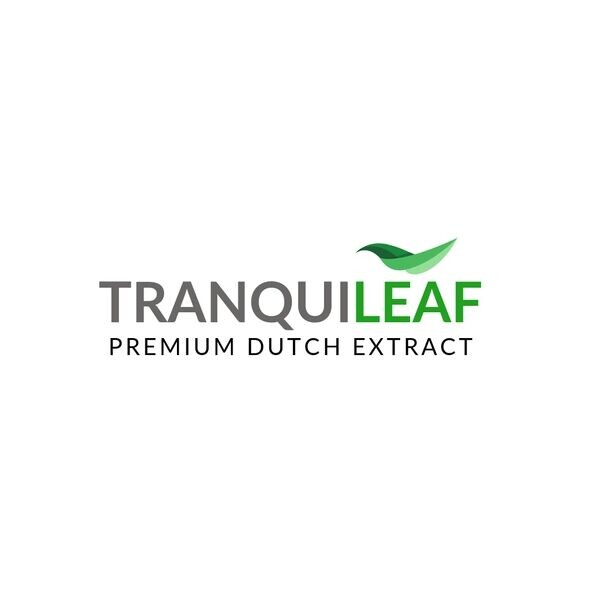 NOW AVAILABLE,  CARD PAYMENTS OR SPLIT THE COST WITH 3 INTEREST FREE MONTHLY PAYMENTS FROM KLARNA. Read the payment info in the categories tab below for more information

Crafted in the Netherlands using a state of the art CO2 extraction process that preserves all the essential compounds, flavonoids & terpenoids found in the plant, this alongside an abundance of cannabiniods creates a liquid and oil that are superior in every way

Unlike other brands of CBD Tranquileaf not only contains the cannabiniod CBD but is also packed with other essential cannabiniods found in the plant, which in turn has a greater benefit than CBD on its own. Tranquileaf Dutch range is a exclusive powerful import strength cannabis extract unavailable anywhere else in the UK.  Available in vape or oil form our Dutch range contains the cannabinoid CBD plus highly potent cannabinoids known for many benefits including pain relief, relaxation and help with sleep disorders

Our products are as follows

Unwind with our highly effective and powerful dutch grade vape liquid.  Available in two strengths  Mild 10% and Strong 30% both contain 1000mg of our premium full spectrum CBD but with the added power of either a 10% or 30% concentrated dutch hybrid extract not available anywhere else.  Both strengths are available in a choice of either mixed berry flavour or natural no flavour added.  Tranquileaf Dutch vape liquids can be purchased individually or as a pack of 3 saving up to £30 on individual price

The newest addition to our range and made specifically for oral use.  Available in strong  strength 40% or extra strong 80%.  Each 10ml bottle contains 1000mg of our premium full spectrum CBD plus the added power of either a 40% or 80% concentrated Dutch hybrid extract you will not find anywhere else. Only a few drops are needed and with 200 drops per bottle it is also very cost effective.

TRANQUILEAF LIQUIDS & OILS CONTAIN ONLY NATURAL CANNABIS PLANT EXTRACTS AND NO DANGEROUS SYNTHETICS OR OTHER NASTIES THAT CAN CAUSE HARM!

Click on the categories tab to find information on Payment, Delivery, Lab Reports and Frequently Asked Questions or scroll down to view and purchase all of our products 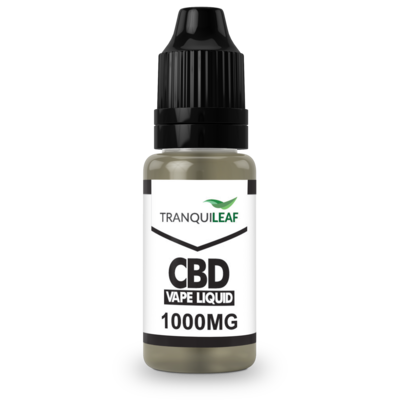 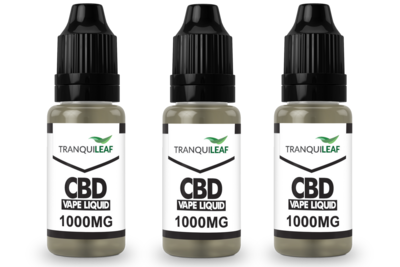 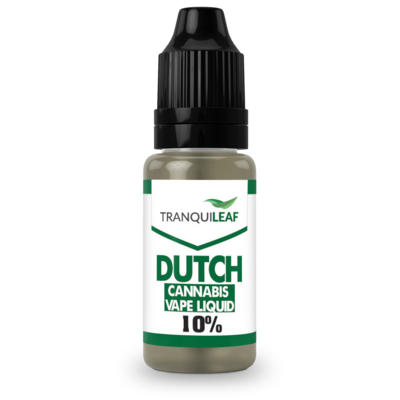 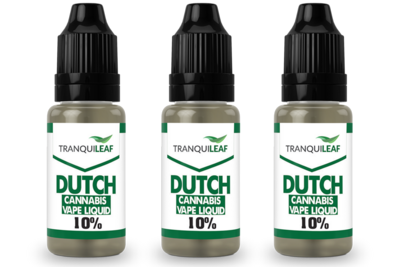 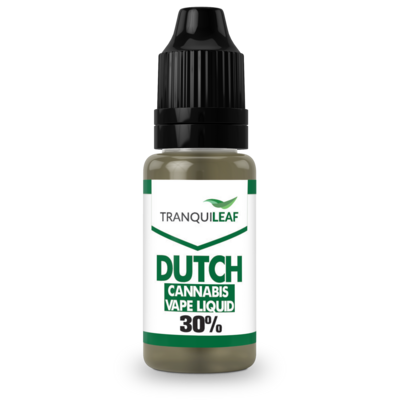 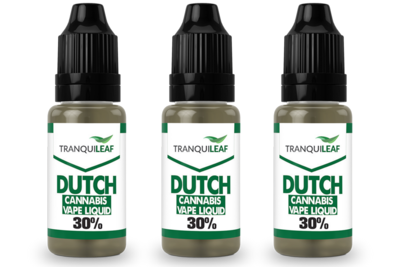 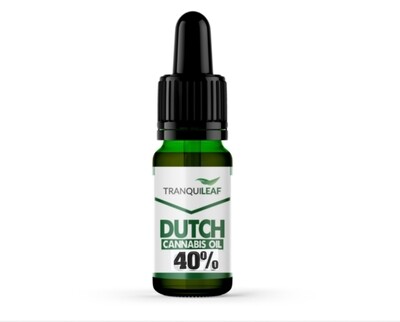 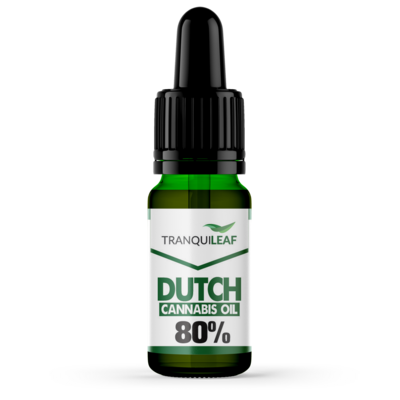 Cannabiniods are primary components of cannabis, they are more commonly known as CBD,CBA,CBG,CBN,CBC,THC

Many health conditions, both severe and not, are treated with pharmaceutical drugs. Unfortunately many of these drugs have unpleasant or dangerous side effects. In some instances, Cannabiniods may offer non-toxic, natural benefits for individuals who want to avoid or reduce the number of pharmaceuticals they are taking

One example of an endocannabinoid is anandamide, or ‘the bliss molecule.’ This molecule activates the CB1 receptor.

Benefits of activating the CB1 receptor include:

An enzyme in the body known as FAAH is responsible for breaking down anandamide. Cannabiniods are an inhibitor of FAAH, meaning more anandamide to be available to the CB1 receptors.

Anandamide has been shown to stop the proliferation of breast cancer cells, promote anti-anxiety and antidepressant effects, and increases neurogenesis. Anandamide plays a role in memory and forgetting, creating a potential natural value for individuals with post traumatic stress disorder (PTSD).

Cannabiniods are an allosteric modulator at several receptor sites in our bodies.

Allosteric modulators change the shape of specific receptors to alter their ability to interact with neurotransmitters.

Cannabiniods are a positive allosteric modulator of the mu and delta opioid receptors. This means it enhances the ability of these receptors to receive endogenous enkephalins which can increase quality of life and naturally reduce pain.

When activated, GPR55 promotes cancer cell proliferation. This antagonizing action may help explain the natural value of supplementing with Cannabiniods in individuals with cancer, osteoporosis, and high blood pressure. [S]

Cannabiniods activate TRPV1 receptors. TRPV1 is involved in regulating pain, body temperature, and inflammation. Other substances targeting TRPV1 receptors include anandamide, AM404 (a metabolite of acetaminophen), capsaicin, and various cannabinoids such as CBN, CBG, CBA, CBC, THCV, and CBDV.

Lastly, cannabiniods activate PPAR-gamma receptors. PPAR-gamma receptors are located on the cell’s nuclei and play a role in lipid uptake, insulin sensitivity, dopamine release and the degradation of beta-amyloid plaque. This is why Cannabiniods have been found to have natural value for individuals with diabetes, schizophrenia, and Alzheimer’s disease.

Cannabiniods may help children with seizures and epilepsy

Perhaps one of the most exciting applications of Cannabiniods is the potential impact for adults and children with epilepsy.

Individuals who were experiencing dozens of seizures daily have found that Cannabiniods can dramatically decrease the these numbers. 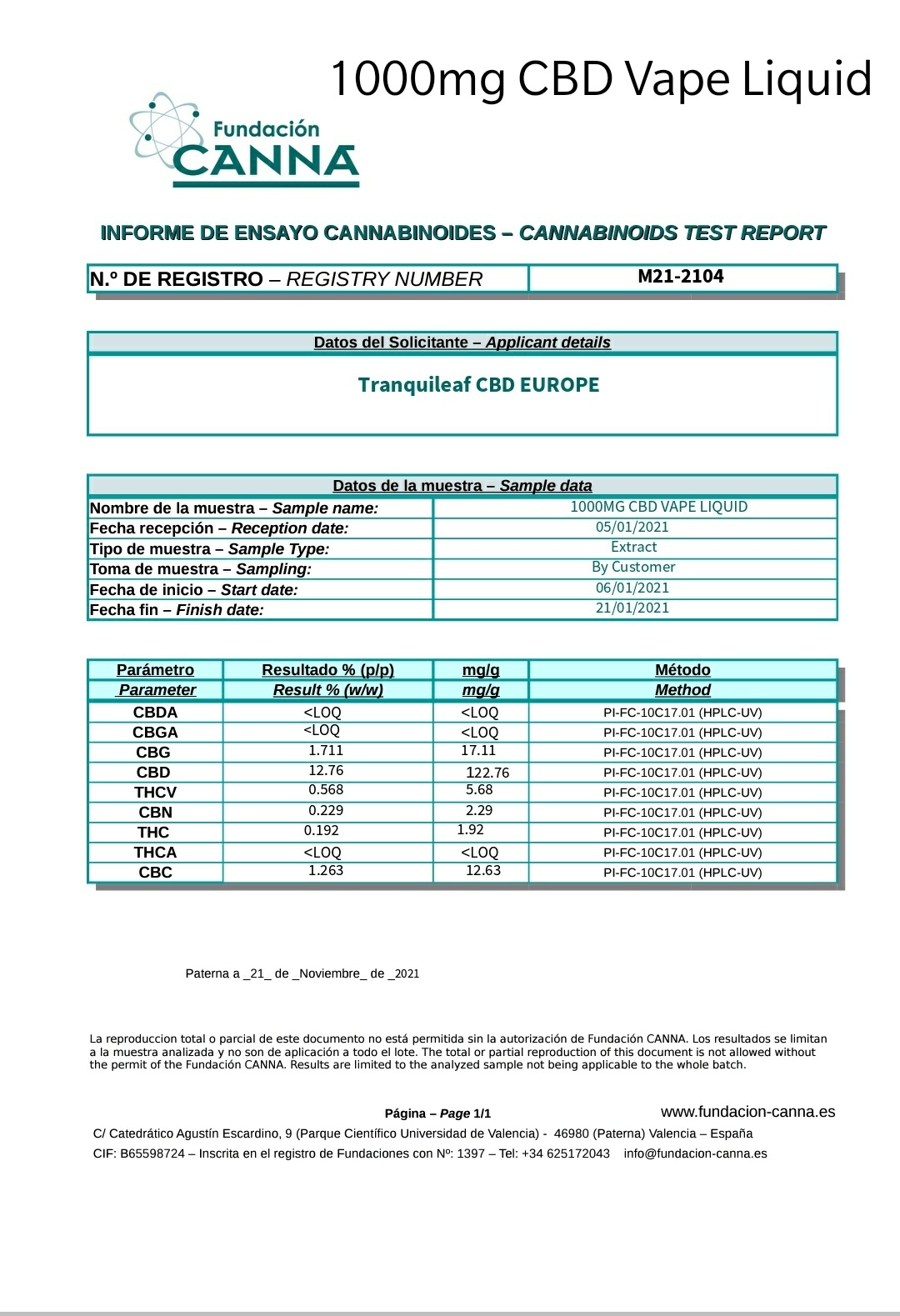 Q: What are Cannabiniods?
A: Please read our What are cannabniods information at top of home page

Q: How should i store TranquiLeaf vape liquid and oil
A: Store in a cool, dry place away from direct sunlight and shake well before each use

Q: Is TranquiLeaf liquid & Oil safe?
A: TranquiLeaf vape liquid contains either two or three ingredients only. Aqueous Glycerine and Cannabis Sativa Extract and Natural Flavours on the flavoured option. The oral oil contains two 100% natural ingredients MCT oil and Cannabis Sativa Extract. All our liquid and oil is routinely tested by an independent lab and the reports can be found in the product image tab or on the Lab reports section at the top of the website

Q: What's the difference between the vape liquid & the oral oil?
The main difference between vaping and oral use is vaping has a faster effect normally within 10 minutes and effects last around 3 hours, where as using the oral oil effects take around 2 - 3 hours but tend to last longer anywhere up to 8 hours making it ideal for a good night's sleep or long lasting relief

Q: I heard that in 2019 people in the USA died from a lung infection after vaping cannabis liquid?
A: Always read the story and not the headlines! These individuals were infact vaping vitamin E oil which was laced with Spice, a cheap synthetic laboratory made drug which can be seriously lethal. TranquiLeaf is made with only NATURAL cannabis sativa extracts, plus if you were to vape spice you would know about it, it has seriously unpleasant mind altering effects. Google spice to find out more

Q: Does TranquiLeaf liquid and oil have an expiry date?
A: No but we recommend using within 12 months of opening
Q: What does the oil taste like?
Our Dutch oral oil has a natural plant taste as no flavour is added, the carrier oil MCT is flavourless and odourless

Q: Can i mix TranquiLeaf vape liquid with regular vape liquid?
A: Yes you can mix it with any type of vape liquid however this will dilute the strength of the cannabiniods. Our oil can also be diluted if required with MCT oil or something similar like olive oil

Q: I dont normally vape what should i do?
A: Vaping TranquiLeaf is not the same as regular E liquid which normally contains nicotine to replace smoking cigarettes. TranquiLeaf contains Zero nicotine, you do not need to be a smoker to vape it. Vaping TranquiLeaf is an effective way of delivering cannabiniods in a fast controlled manner. If you prefer not to vape then we have our oil designed for oral use

Q: Can i use TranquiLeaf vape liquid orally?
A: TranquiLeaf's blend of cannabiniods are carried in food grade aqueous Glycerine which enables it to be vaped. Yes you can also use it under the tongue if you wish or choose our Dutch oral oil designed especially for oral use

Q: How long will a bottle last me?
A: This depends on how often you use it, to make the most of your liquid we recommend vaping it in a regular Mouth to Lung style of vape tank with a coil resistance of 1.0ohm - 1.8ohm this will make your liquid burn slower. Using a sub ohm coil, where the coil has a resitance below 1.0ohm with a Direct to Lung style of tank (where the user blows huge clouds from there vape) will vaporize your liquid much faster, a bottle of TranquiLeaf could easily last 4-6 weeks used daily in moderation and with a Mouth to Lung style vape tank. Our oral oil is more cost effective as you only need a drop or two to feel the benefits and with 200 drops per bottle it can last you a long time

For more info on Mouth to lung & Direct to lung, Read this

Q:Where do you ship to?
A:We currently only ship to the UK and Europe, please ensure you choose the correct shipping option at checkout depending on your location. Prices include Royal mail first class signed for service

Should you have anymore questions that are not listed, please do not hestitate to contact us anytime

ALL UK ORDERS INCLUDE ROYAL MAIL FIRST CLASS SIGNED FOR DELIVERY WHICH ON AVERAGE SHOULD REACH YOU WITHIN 1-3 DAYS.

We currently dispatch items on Tue, Wed, Thurs, Fri and aim to send the same day if ordered before 12pm. Orders will be sent by Royal Mail first class signed for and include tracking number and require a signature on delivery. You will receive a confirmation with a tracking number from me when your items have been dispatched. Orders placed on Fridays after 12pm and weekend will be sent out the following Tuesday

For Health and Safety reasons I do not accept returns once dispatched. Should you wish to cancel the order before dispatch please contact me

Due to the nature & strength of our products we cannot enable a direct card processing option on our website. However if you wish you can still safely and securely pay by card or split the payments into 3 monthly interest free payments with Klarna. Since we established in 2019 all of our customers have paid by bank transfer which has been our only option until recently. This is still the preferred way as paying by card & Klarna will incur a 5% transaction fee on the total cost of your order. You can easily pay safe and securely via the following options. Please read for instructions

Easy and the most popular with our customers in the UK . Select this option at checkout where you will see our bank details to transfer over the payment via your online banking using your name as reference. Once paid make sure to complete the order online. As soon as we receive your order we will check your payment has been received and send you a email confirming this. We will then get your order ready for shipping and send you another email with tracking once dispatched

Pay securely by card or to split your payment over 3 months interest free with Klarna. Processed by stripe payments. Complete your order and then at checkout page tap the PLACE ORDER TAB. I will receive your order and then you will then receive a payment link for the total + 5% within 1 hour by email which you simply click. This will take you to the Stripe secure card payment, where you can choose instant to pay immediately or with Klarna interest free instalments. Please ensure your enter your correct email on your order. If you need help please contact stephen@tranquileaf.

International orders outside the UK are charged extra and are sent international tracked and signed for and require a signature on delivery. I will send a confirmation with tracking number when dispatched. Please place your order and then email me where I will send you payment link to pay with credit or debit card. stephen@tranquileaf.com

For Health and Safety reasons I do not accept returns once dispatched. Should you wish to cancel the order before dispatch please contact me

Need help? Press the green instant message icon to chat to Stephen or email me directly at